Who is the Best Video Streaming Service?

The best video streaming service can be tough to decide. After all, it is subjective. There is now more choice out there than ever. We no longer have to watch whatever is on BBC One or Channel 4, instead, we have whole libraries of amazing (and not so amazing) TV shows and films. There are three main competitors that will be focused on. Netflix, Amazon’s Prime Video and Sky’s NOWTV are the leaders in streaming. This quick guide will give you a lowdown on which one will be best for you. 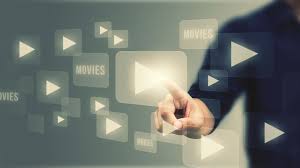 All three of the services offer free trials to get you started. While Amazon and Netflix offer 30-day trials, NOWTV lacks behind in only offering a 14 day period. These trials should be used so you can get a feel of which is best for you.

Now to their real costs. Netflix offers three different packages that allow you to use all their content. The cheapest is £5.99 per month but you are only able to stream in Standard Definition (SD) and on one screen. Their “standard” package is £7.99 and with this comes with full HD streaming and viewing on two screens. The premium package is £9.99, this gives you four screens at a time and Ultra HD.

Amazon has one package at £7.99 per month. This comes with Ultra HD. You also, however, get Prime Video with Amazon Prime. This is £79 per year (£6.58 a month) and with this, you get a ton of added extras – next day delivery, music, eBooks and more.

Now TV is trickier. You get a TV pass for £7.99 per month and a Cinema pass for £9.99. You have to buy these separately so the full cost for both will sit at £17.98. This is way more expensive while you only get 720p HD streaming. 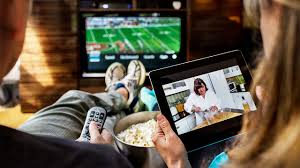 The most important factor when selecting the best video streaming for you. If you don’t like what’s on there, why are you paying for it? All three services have a lot of content. Both Netflix and Amazon have around 4000 TV shows and movies each. Now TV has 250 TV show box sets and around 1000 movies with a new premiere daily.

Original content is becoming more precious. Netflix has popular TV shows such as Stranger Things, Orange is the New Black, House of Cards, Narcos and their five Marvel shows. It has also started original films such as movie deals with Adam Sandler.

Amazon Prime also has strong original content. Their TV shows include The Man in the High Tower, Mr Robot, American Gods and Black Sails. They also have started original films. This includes academy award winning Manchester by the Sea.

Now TV’s original content comes from its owner SKY’s TV channels. You get premier TV shows such as Game of Thrones and The Walking Dead but they are definitely lacking behind when it comes to original content. They don’t have any original films but tend to get the latest blockbusters before the other two services. 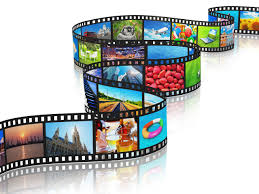 All three services have something to offer and this decision is almost completely subjective. Now TV is best for those of you who watch a lot of TV, but not movies and vice versa. It will also be better for those of you who want to see the latest films before your friends. Netflix is the best option if you want original content and a better user experience. It’s the only one that has the option for multiple screens so if you are a family or want to share an account choose this option. The best option for my money is Amazon’s Prime Video. If you get it through Amazon Prime, then not only do you satisfy all your TV & Movie needs but get tons of added extras along with it.